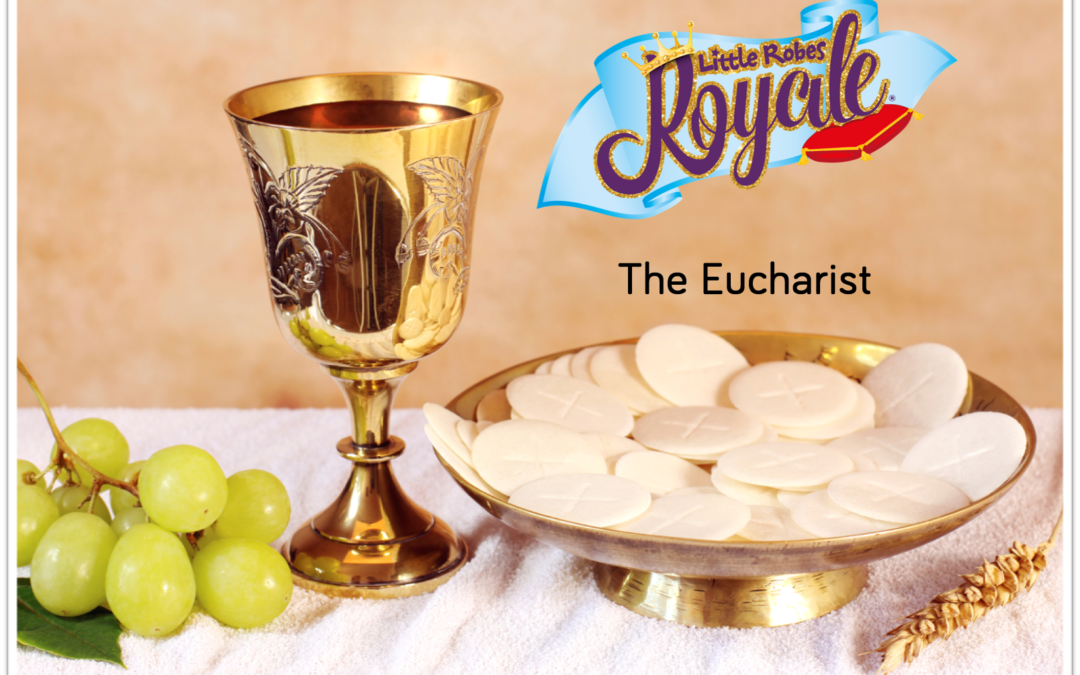 The Eucharist
The word ‘communion’ means to be united with. Catholics believe that in holy communion they are united in a special way with Jesus Christ, that they are sharing in the body and blood of Christ the Saviour. Holy Communion, and the whole service (Mass) is also known as Eucharist, from a Greek word meaning thanksgiving. The Sacrament of the Eucharist (First Holy Communion) is a Roman Catholic ceremony.

It is the colloquial name for a person’s first celebration of the sacrament of the Eucharist. The celebration of First Eucharist is a sacred and important moment on a long journey of faith development. Together with Baptism and Confirmation, it opens the door to full membership of the Christian community. At the ceremony, each child receives Communion, normally in the form of a small round piece of bread placed by the Priest in the palms of their hands.